Jim Carrey has said a wrongful death legal case filed by the estranged husband of his former girlfriend is an attempt to "exploit" him.

Court documents show Carrey has been sued for allegedly obtaining drugs under a false name for Cathriona White, who died of an overdose last year.

The Hollywood actor has vowed to fight the case.

"I will not tolerate this heartless attempt to exploit me or the woman I loved," Carrey said in a statement. 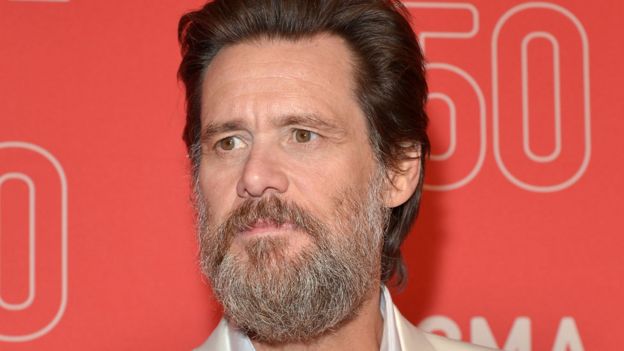 "I really hope that some day soon people will stop trying to profit from this and let her rest in peace."

He added: "It would be easy for me to get in a back room with this man's lawyer and make this go away, but there are some moments in life when you have to stand up and defend your honour against the evil in this world."

Mark Burton, the estranged husband of Carrey's former partner Cathriona White, said the actor used his "immense wealth and celebrity status" to obtain prescription drugs illegally. It is alleged that Carrey then tried to hide his involvement.

Ms White, who was 30 and originally from County Tipperary in Ireland, was found dead after overdosing on prescription drugs, according to the coroner's office.

Reports at the time said the couple had an on-off relationship and had broken up again days before her death.

According to the case filed in Los Angeles Superior Court, Carrey, 54, obtained the drugs under the fake name "Arthur King".

He then "took steps to conceal and obfuscate his involvement and culpability".

Mr Burton also claimed that Carrey sent a "bogus message" to Ms White on the day before her body was found "in an effort to cover up his conduct and complicity in her death".

In the message, he asked about the whereabouts of the drugs.

Mark Burton also alleged Carrey had an "obsession with controlling and manipulating" her and that he used surveillance cameras on her home to monitor her.

The case - for violation of the drug dealer liability act and wrongful death - seeks unspecified damages as well as reimbursement for funeral expenses and lawyer's fees.

Inequality is "entrenched" in Hollywood, with women, minorities and LGBT people among those excluded, a new study has suggested.

Lesbian, gay or transgender characters accounted for less than 1% of speaking parts - or 32 out of 35,205 characters.

Researchers described Hollywood as "an epicentre of cultural inequality".

They said little progress had been made in increasing diversity.

"Despite all the chatter and all the activism and all the press attention, it's another year where the status quo has been maintained.''

The new figures follow the #OscarsSoWhite controversy earlier this year, sparked by two years of all-white acting nominees at the Academy Awards, as well as concerns over the gender gap in pay and the lack of female directors.

The Academy of Motion Picture Arts and Sciences, which awards the Oscars, has expanded its membership in an attempt to improve diversity.

'The same groups get the most visible roles'

Smith said: "We've seen a lot of talk and little action. What we need now is for companies to take the same leadership position, be transparent in their inclusion goals and be accountable to representing the actual world we live in when it comes to the demography of the US."

The survey found that female lead or co-lead roles increased by 11% from 2014 to 2015 - but only three films cast such a role from an underrepresented racial or ethnic group. There were no Asian male or female leads across all of the films studied.

"When we really drill down in the numbers, we see a perpetuation of the same groups getting access to the most visible roles, whether that's in the director's chair or on screen, and that continues to be the problem plaguing Hollywood's hiring practices," Smith said.

Several of 2015's most profitable films had diverse casts, however, including the seventh Fast and Furious film, Mad Max: Fury Road and Star Wars: The Force Awakens.

A number of remakes or reboots with women in lead roles have also been announced, including Ocean's Eight and Dirty Rotten Scoundrels.

The actresses share a refreshing take on aging in Hollywood.

DUSTIN Hoffman has joined actors like Danny DeVito and Mark Ruffalo when it comes to speaking out against the Academy Awards and its lack of diversity.

Chris Rock’s performance as Oscar host on Sunday’s telecast has received almost unanimous praise and (mostly) for good reason: At many points during the ceremony, Rock delivered on our expectation that he would skewer the Hollywood establishment responsible for the marginalization of minorities from the entertainment industry, and by extension, the entertainment industry’s biggest night.

Hollywood has an "epidemic of invisibility" for women, minorities and LGBT people that runs across the whole industry, a new study has suggested.

NEW YORK – Irish actress Maureen O’Hara, who rose to Hollywood fame in the 1940s and ‘50s when she shared the silver screen with some of top movie stars of the period, died at her home in Boise, Idaho. She was 95.