Recommended:
Fidel Castro, Under the Urgency of Prophets
BEING ANTI-IMPERIALIST: Without anti-imperialism, there’s no freedom, there’s no independence
Who are Interested in Making the World Believe that There’s a Climate of Insecurity and Violence in Cuba?

Jay-Z and Lady Gaga are among the stars who allegedly declined to appear in a documentary about R Kelly, the series' producer has said.

Surviving R Kelly, which premiered in the US on Thursday, explores decades of sexual abuse allegations brought against the artist, all of which he denies.

John Legend is one of the only musicians who agreed to be interviewed.

In December 2018, the New York screening of the series was evacuated.

It followed individuals stating they received "a threatening phone call".

The show's producer Dream Hampton said it was "incredibly difficult" to get celebrities who had collaborated with Kelly to come forward.

"We asked Lady Gaga. We asked Erykah Badu. We asked Celine Dion. We asked Jay-Z. We asked Dave Chappelle. (They're) people who have been critical of him," she told the Detroit Free Press.

But Hampton doesn't believe it's because they support him or his actions.

"It's because it's so messy and muddy. It's that turning away that has allowed this to go on," she told Shadow and Act.

John Legend is one of the only major musicians involved in the docuseries made by Lifetime - he appears in the final episode which airs on Saturday. 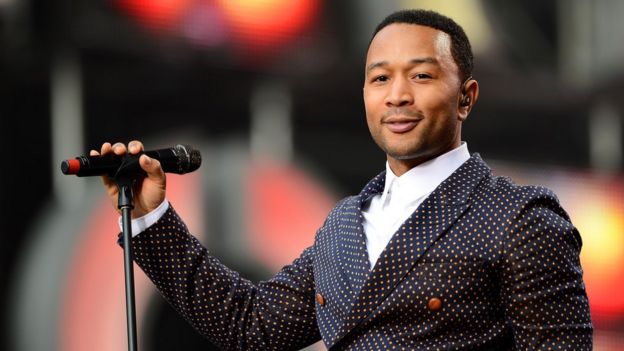 "R Kelly has brought so much pain to so many people," he said.

The All of Me singer has been praised for his participation, with Hampton calling him a "hero", a title which he rejects.

"To everyone telling me how courageous I am for appearing in the doc, it didn't feel risky at all," he wrote.

Despite being one of the most successful R&B artists in history, Kelly's career has been plagued by accusations of sexual misconduct since the 1990s.

The new documentary details the relationship in 1994 between the late singer Aaliyah and Kelly, who married him when she was 15 and he was 27.

Vibe magazine later discovered that Aaliyah had lied on the wedding certificate about her age, listing herself as 18. The marriage was annulled in February 1995. 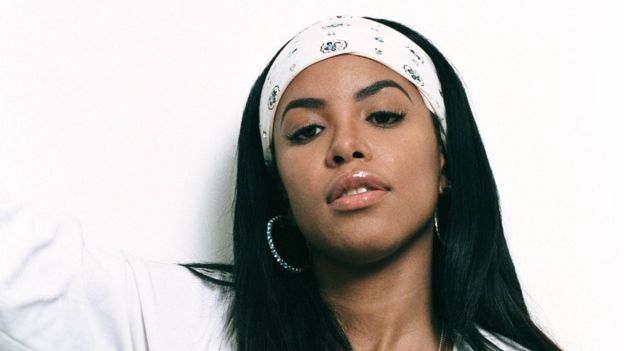 Getty Images / Aaliyah died in a plane crash in 2001

The late pop star's mother, Diane Houghton recently released a statement calling comments made by one of the documentary's interviewees "lies and fabrications."

"My husband and I were always on tour with [Aaliyah] and at interviews and every place she went throughout her entire career," she wrote.

"Whoever this woman is, I have never seen her before anywhere on planet earth, until now," Houghton added.

Hampton told the Detroit Free Press the women were "survivors" and praised them for their bravery.

"I admire them so much and have all the respect in the world for them," she added.

In July 2018, R Kelly released a 19-minute song called I Admit, which responded to multiple allegations of sexual misconduct against him.

The track, posted on the R&B star's SoundCloud page on Monday, admitted to infidelity but denied allegations of paedophilia and non-consensual sex.

The track came after a BBC Three investigation that sparked the #MuteRKelly campaign to limit his air-play.

Previews can commonly be heard on Amazon when an album is available for pre-order, but they had been disabled for Gaga's highly-anticipated comeback.

Owners of Amazon's Echo speaker then discovered they could access songs by issuing the instruction: "Play Joanne by Lady Gaga."

The 30-second clips have been recorded and shared online by several fans, with one video showing Amazon's speaker lighting up and responding to the voice commands.

Among the leaked songs are Hey Girl, in which Gaga duets with Florence Welch of Florence + The Machine over a stomping, staccato piano line reminiscent of Elton Johns's Benny and the Jets.

Just Another Day is a country ballad about the star's break-up with fiance Taylor Kinney, in which she sings: "We both know I could learn a thing or two about relaxing." 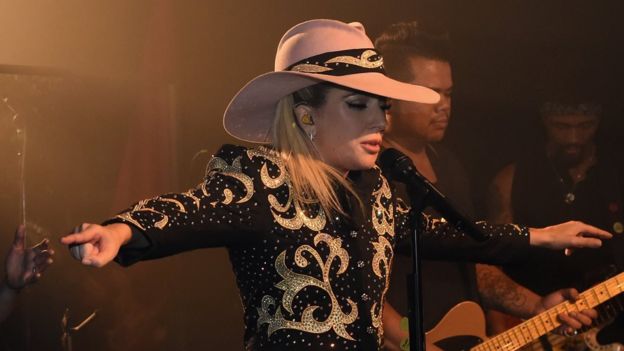 Gaga has opted for a "live" feel throughout, rejecting the synthesized beats of her earlier albums for a combination of rootsy Americana and power pop.

The lyrics also seem to be more personal and emotive than the high-concept self-empowerment anthems of Born This Way and The Fame Monster.

Joanne is officially released on 21 October. Like her father's New York City restaurant, it is named after Gaga's aunt Joanne Germanotta, who passed away from Lupus in 1974 at the age of 19.

"This record was about me trying to understand my father, and his grief," she said in a statement announcing the album last month.

"It's also a record about me trying to understand myself and wondering where I'm going next in life. Because truly, the thing that I'm searching for the most is to feel connected to humanity, to feel connected as a person. So Joanne is like, you know, Lady Gaga if you erase all the fame."

The star has already unveiled several songs from the album, including the single Perfect Illusion and the heartbreaking ballad Million Reasons, online.

Others were debuted live on a "dive bar" tour of Nashville this week.

The BBC understands the "leaks" were isolated to the US, and the loophole has now been closed,

Lady Gaga is to take to the stage at the Oscar Awards later this month to perform a track for the star-studded audience.

Lady Gaga was sexually assaulted by a man 20 years older than her when she was 19, the singer revealed during an interview with Howard Stern on Tuesday. The 28-year-old said that she has gone through several mental, physical and emotional therapies to cope with the incident over the years.