The Bermuda Triangle is infamous for the large number of ships and planes that have vanished while sailing or flying across it.

Simon Boxall, a researcher at the National Oceanography Center at the University of Southampton, has pointed to massive cyclones as one possible reason for the mysterious disappearance of ships in the vast area of the North Atlantic Ocean between Florida, Bermuda and Puerto Rico.

According to him, such cyclones emerge when two or three separate weather formations merger, creating a “perfect storm.”

“It can happen pretty much anywhere, but the sort of places we see them include places like the tip of South America, Cape Horn, and the tip of South Africa, the Cape of Good Hope, Dr. Boxhall said in an interview with Daily Star Online.

He added that a storm can develop in the Indian Ocean, another one in the South Atlantic and still another in the Southern Ocean and the convergence of the wave systems from those storms will create a monster storm.

“These waves – rogue waves – can occur anywhere. And what happens is the crest of the two sets of waves adds up and you get a super wave. Suddenly out of the blue, you get a wave that is 30 meters (100 ft) high,” he noted.

He added that these waves suddenly appear and disappear but only during one such storm, which explains why the chance of a ship finding itself “in the wrong place at the right time” is pretty slim.

Hitting a cargo ship, such a wave can break it in two and sink it very quickly.

“If a cargo ship is unlucky enough to be hit by one of these super waves then it has probably only got a couple of minutes before it sinks. It will happen so quickly there won’t be time to send out a mayday,” the scientist said.

More than 50 ships and 20 planes are said to have mysteriously disappeared in the Bermuda Triangle, also known as the “Devil’s Triangle.”

Some ships were discovered completely abandoned for no apparent reason; others transmitted no distress signals and were never seen or heard from again.

Aircraft have been reported and then vanished, and rescue missions are said to have likewise vanished when flying in the area. 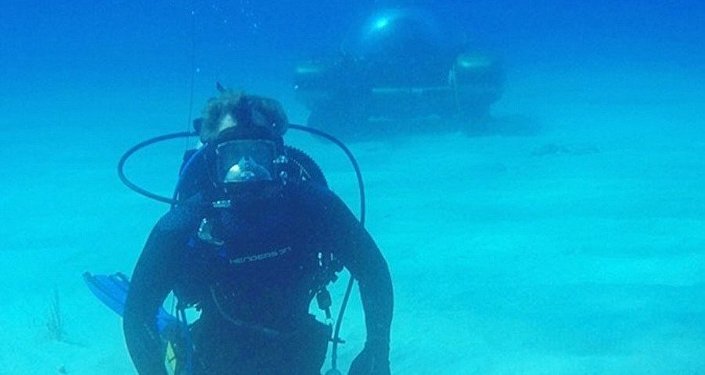 More in this category: « Ebola Has Killed 100 in the D. R. of Congo What can salad dressing tell us about cancer? Think oil and vinegar »