Finishing each dinner with a glass of red wine might to be a good idea for people with diabetes, Israeli researchers claim. The drink appears to boost levels of “good cholesterol,” thus helping to contain the disease.

The benefit of drinking red wine was discovered as a result of a two-year-long experiment involving 220 people with type 2 diabetes. They kept to a standard Mediterranean diet, not restricted by calories, but were randomized into three groups – those who drank 150 ml of mineral water after dinner, and either white wine or red wine.

The group of red wine drinkers got higher levels of the so-called “good cholesterol,” or HDL, which helps fight “bad cholesterol,” or LDL, and also protects against heart attacks and strokes. In general, people with diabetes are more predisposed to heart diseases than the general population. 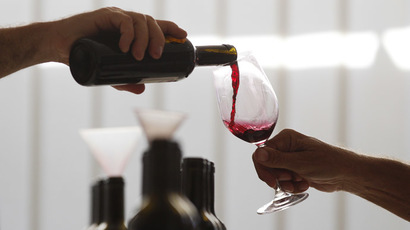 The study was conducted by scientists from the Ben-Gurion University of the Negev in Israel, and experts from Harvard School of Public Health in the US and Leipzig University, Germany. They are set to present their findings at the European Congress on Obesity that is taking place in Prague this week.

“This first long-term large scale alcohol trial suggests that initiating moderate wine intake, especially red wine, among well-controlled type 2 diabetes patients, and as part of healthy diet, is apparently safe and decreases cardiometabolic risk,” wrote the authors, led by Iris Shai, a professor at Ben-Gurion University. “While the genetic interaction supports specific causal roles for [alcohol], the red wine's superiority suggests that non-alcoholic constituents of red wine could be having a positive impact.”

Diabetes, associated with the body’s inability to produce or use the hormone that is responsible for blood sugar regulation, insulin, already affects around 382 million people around the world. The World Health Organization has warned that by year 2030 it could become the seventh leading cause of death globally.

The recent study is not the first to suggest moderate wine consumption is good for health. 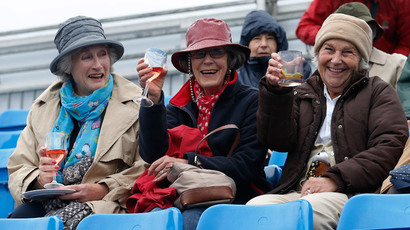 A major US study this year that involved over 14,500 people revealed that consumption of up to seven alcoholic drinks a week significantly reduces the risk of developing heart failure by about 20 percent. However, consumption of over 21 drinks a week draws nearer a lethal outcome – and in a much more considerable way, 47 percent for men and 89 percent of women.

In February, another team of American researchers found out that red grapes or red wine contain four chemicals, such as ellagic acid, that could help overweight people burn fat and boost metabolism of fatty acids in liver cells.

But what is more important is the gender difference, scientists warn. Women are particularly exposed to the effects of binge drinking, which increases levels of toxins in the blood. According to Danish scientists, pregnant women who drink just a single glass of wine a week are putting themselves at risk of miscarriage.

More in this category: « Why you really are extra tasty to mosquitoes Millions of missing galaxies found hiding in plain sight »