(CNN)The world was pretty far from having a vaccine for Ebola when the virus ravaged West Africa in 2014 and 2015. But it might have been a little closer if the United States had not cut funding for research on a promising new Ebola vaccine in 2012, according to a report by the Global Health Technologies Coalition.

These types of missed opportunities are the reason the coalition, which is made up of 27 nonprofit groups, issues a report every year with recommendations for how much funding Congress should give to agencies involved in health research, such as the National Institutes of Health and the Food and Drug Administration.

The coalition also advises these agencies on working together and with groups in other countries to speed the development of vaccines, drugs and other tools for fighting diseases.
"Congress funds the government on a year-to-year basis, so every year we have to come back to the drawing board," said Erin Will Morton, director of the Global Health Technologies Coalition and one of the authors of the report.
This year's report found that, although there was an uptick in U.S. investment in research and development between 2013 and 2014, all of the additional money went to Ebola.
Funding for other neglected diseases, including HIV, malaria and tuberculosis, decreased -- continuing a downward trend that began in 2009. 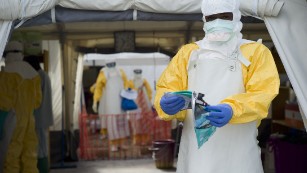 Ebola is no longer a world health emergency, WHO says
In 2014, the United States invested about $1.425 billion in R&D for neglected diseases other than Ebola, down from about $1.475 in 2013 and $1.65 billion in 2009. (Figures are adjusted for inflation.)
According to the report, an increase in investment would be money well spent. Research suggests that it would cost the global economy $4.5 billion in regular annual spending to protect against disease outbreaks, but the emergency response to pandemics is much costlier, at more than $60 billion a year.
A 2012 report by the coalition found that for every $1 the government invests in the National Institutes of Health, it gets a return of more than $2 in goods and services in addition to the creation of new jobs.
Although the report stated that the cuts to Ebola funding in 2012 is a "stark example" of how failure to invest can backfire, the lesson seems to have been missed. The White House recently announced it would redirect money that had been designated for Ebola to fight the Zika virus because Congress has been unwilling to approve emergency funding for Zika. "Unfortunately that [Ebola] money is not 'leftover,' as we are not in the clear with Ebola," Morton said. 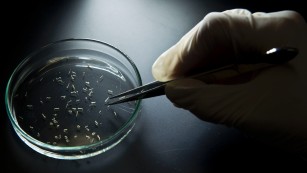 White House to redirect unused Ebola money against Zika virus
The American public might be more aware of the need to invest in R&D because of the recent headline-grabbing outbreaks of Ebola and Zika, "but we have to not forget about these existing threats that we have been working on for so long," Morton said. In 2014, 1.4 million people contracted HIV in sub-Saharan Africa, and myriad efforts, including improving access to treatments and prevention strategies, will be needed to stem the HIV/AIDS epidemic, the report noted. And while deaths due to malaria and tuberculosis have decreased substantially in recent decades, it will take investment in vaccine development and improved treatments to end these scourges.
The report pointed to earlier research that estimated doubling the global annual investment in health R&D from $3 billion to $6 billion by 2020 would make it possible to achieve the United Nations Sustainable Development Goals for improved health, including controlling infectious disease and reducing death rates among mothers and children.
In the United States, specifically, the report recommended that Congress appropriate between $3 million and $34 million to various health agencies in the 2017 budget. The report also urged Congress to explore ways to increase funding from the private and philanthropic sectors, such as by asking for matching contributions and offering tax credits to private groups. 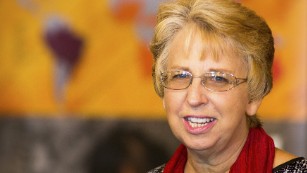 Why U.S. Ebola patients seem to be recovering faster
"Doubling the investment in global health R&D [to $6 billion] seems like a huge step... but consider the budget of the Department of Homeland Security," which was about $60 billion in 2014, said Mary Woolley, president and CEO of Research!America, a nonprofit alliance that advocates for health research in the United States. Woolley and Research!America were not involved in the current report.
"When you think about keeping your country secure, you need to think about keeping the health of the people who live here secure," Woolley said. And medical advances that happen in the United States can help people all over the world, she added. 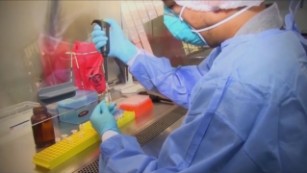 What Ebola can teach us about Zika (Opinion)
After increasing its investment in R&D for neglected diseases steadily each year from 2004 to 2009, U.S. funding has been waning since 2009, with the exception of a peak in 2012. The decline tracks with the global recession and the housing collapse, and will hopefully reverse now that the economy has recovered, Woolley said. However, global funding should not be at the whim of economic trends, and needs to increase steadily every year, she said.
"(This research) can be cost effective if it is well targeted," said Dr. Patrick Kachur, principal deputy director of the Centers for Disease Control and Prevention's Center for Global Health. "We have some (evidence) at CDC that investments in R&D around disease models helped us estimate the projected number of Ebola cases in West Africa and helped us plan the response to curtail that epidemic."
But in addition to a sustained program of R&D, there will also be times when emergency funding is needed "to take those last steps of the R&D cycle toward a usable product," Kachur said.
Join the conversation

One of the goals set by the new report is for the seven government agencies involved in global health R&D, including the CDC, to work together more efficiently. The report asked Congress to define the roles of the various agencies as they collaborate with each other. There are some success stories to look to, such as when the CDC, FDA and the U.S. Department of Defense came together during the Ebola outbreak to develop personal protective equipment and expedite drug approvals by the FDA, Morton said.
Despite the state of R&D funding for global health issues, there has been a surge in the number of drugs for neglected disease that are in the pipeline, from 215 in 2004 to almost 500 in 2015. However, some of these drugs might have been developed before funding stagnated in 2009, Morton said.
The coalition's next report on the return on investment of global health funding is expected in 2017.
"We are very interested to look at... what kind of an effect the stagnation had," Morton said.
Last modified onTuesday, 19 April 2016 15:41
Tagged under

More in this category: « The Big Ones: Scientist warns up to 4 quakes over 8.0 possible under ‘current conditions’ NASA Satellite Captures Images of a Solar Flare »