After scoring a clutch victory over Adhiban, Vassily Ivanchuk won his eighth Capablanca Memorial title on Monday night. He had arrived in the final round tied in first with David Antón, but the latter could not convert a rook endgame a pawn up against Carlos Albornoz, thus allowing the Ukrainian to claim clear first. Samuel Sevian also won in round ten and caught up with Antón on 6½ points. | Photo: Abel Rojas / Mi Columna Deportiva 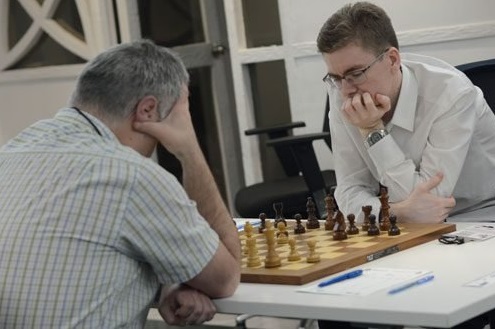 The king of Havana

On March 18th, Vassily Ivanchuk turned 50, and what better way to celebrate than to travel down to Havana to claim his eighth title at the Capablanca Memorial! Since 2005, the Ukrainian ace participated ten times at the traditional tournament. Only in 2014, he had a bad time on the Caribbean island, finishing last after scoring 4 out of 10; in 2017, he got second place (on 5½/10) behind Sasikiran.

It was all victories for Chuky otherwise. All his triumphs in Cuba were achieved in double round robin events, except the one he got in 2007, when the organizers put together a ten-player single round robin — back then, Ivanchuk finished two points ahead of Leinier Dominguez and Vugar Gashimov, after scoring six wins and drawing the rest to end up with an impressive 2877 rating performance.

His '+4' this year netted him 14 rating points, which allowed him to climb 21 places in the live ratings list, leaving him another good performance away from returning to the 2700 club.

Suspense in the end

After five rounds, Samuel Sevian was sharing first place with the eventual champion, but the youngster from the United States faltered in the very next round, when he was defeated by Carlos Albornoz in the only game that favoured either of the local representatives. Ivanchuk was already the sole leader thanks to his draw with Antón, but he went on to widen the gap with a win over Yuri González in round seven. 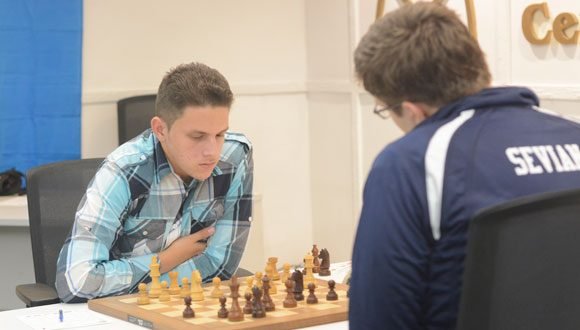 In round eight, Antón took down Vidal, while Ivanchuk got the better of Albornoz, thus securing a 4 out of 4 against the locals. This resulted in the Ukrainian getting a one-point advantage over the Spaniard with only two rounds to go. But the tides turned in the penultimate day of action...

First, Sevian took down the leader with the white pieces. The players dived into a line of the Sicilian that is not often seen among the elite. White ended up gaining space in the centre before going into a rook endgame with six pawns per side.

Meanwhile, Antón made the most of an early opening advantage against Adhiban. The Indian grandmaster found himself stuck with a bad bishop and, after the time control, decided he needed to give up a piece to get some chance of surviving. 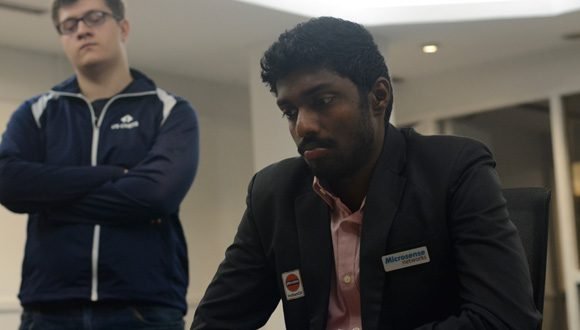 It was not a good event for Adhiban | Photo: Abel Rojas / Mi Columna Deportiva

So, before the final round, Ivanchuk and Antón were tied on 6 points, while Sevian was lurking a half-point behind. Vassily and David had the white pieces, while Samuel was Black against González. Ivanchuk was a pawn up against Adhiban, but 'The Beast' had a strong passer on the c-file and the pair of bishops; Antón was also a pawn up, but in a rook endgame with 4v3 against Albornoz; while Sevian got a clear advantage during time pressure in an endgame with rook and knight v rook and bishop.

Shortly afterwards, Sevian scored his last full point, while Antón kept trying to convert the rook endgame a pawn up against Albornoz. In the end, the Cuban grandmaster defended precisely and the draw was signed after 79 moves. Ivanchuk was the champion once again!