No doubt there will be plenty of interviews after the round finishes. With her retirement she brings to an end an "educational experiment" which saw Judit and her three sisters all become exceptional players in a generally male dominated game.

Judit Polgar reached a career high of 2735 and world number #8 in 2005. At that point her highly tactical style had matured into a stronger all round game. Shortly afterwards Polgar took some time off to raise her family and although her initial return was promising she is quoted as saying her concentration at the board is in decline. Recently her focus has switched to writing books on her career and the Judit Polgar Chess Foundation.

Earlier in the Olympiad Judit Polgar was asked about the possibility of a match against Hou Yifan at a point I guess she already knew she would retire, she was non-committal without ruling it out. With the right money I guess it still wouldn't be out of the question but would really have to be this year. Hou defeated Polgar in their only game together in Gilbraltar 2012 and it was already clear it was only a matter of time before Hou became the women's number one. Now the baton has definitely passed to her.

There will be time enough to celebrate the career of the greatest ever women's player. It seems to me Judit Polgar didn't see playing was about women competing on an equal basis but that gender shouldn't make a difference at all.

There’s a strong sense of the chess being overshadowed today. What’s been an ugly contest to become World Chess Federation President for the next four years reaches its inglorious conclusion at the University of Tromsø, a bus trip away from the Olympiad venue. We should know whether Kirsan Ilyumzhinov will extend his 19 years in power, or former World Champion Garry Kasparov will take over the reins, at some point during Round 9. Fortunately, though, we’ll have more than enough chess action to distract our attention in the meantime!

7th seeds China are unbeaten and lead the Olympiad by a point despite the absence of 2730-rated Wang Hao, but today they face a true test – 2010 Olympiad gold medalists and 2nd seeds Ukraine have shrugged off a poor start to fight their way back to the top table, and outrank the Chinese on all but board two - Ding Liren (2742) – Ruslan Ponomariov (2717). 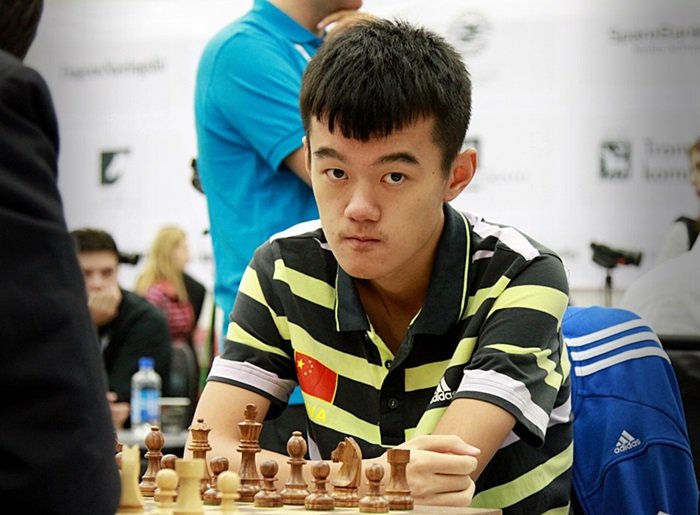 Ding Liren has broken into the world Top 20 without yet playing any real super-tournaments - in Tromsø he has 4 wins and 3 draws for a 2841 rating performance | photo: Georgios Souleidis, chess24

3rd seeds France will be looking to stake their claim for the title when they take on the Czech Republic (David Navara – Maxime Vachier-Lagrave on top board), while Romania’s charmed existence ends in Round 9. Previously they’d sneaked to the top of the table despite encountering no-one higher seeded than the Czech Republic in the last round (they drew), but they now face the might of Azerbaijan. Defending champions Armenia will also hope to advance against 29th seeds Serbia. 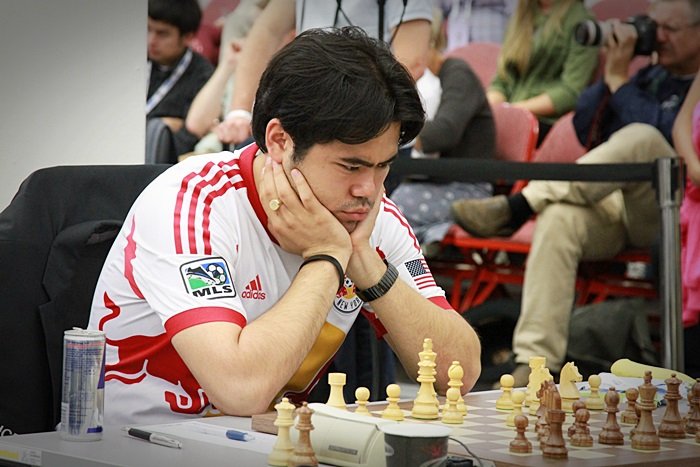 After his late arrival Hikaru Nakamura has a solid 2 wins and 4 draws, but is likely to look for more against Germany's Arkadij Naiditisch today | photo: Georgios Souleidis, chess24

Other matches to look out for include the close contests Israel-Hungary (Gelfand-Leko), Bulgaria-Cuba (Topalov-Dominguez) and USA-Germany (Nakamura-Naiditsch). It’s curious to note that Germany, with four wins and four draws, remain the only unbeaten team other than leaders China.

Down on board 11 pre-tournament favourites but 19th placed Russia have again rested Vladimir Kramnik after his two losses in a row. Their opponents are the over-performing Norway 2, which will delight Norwegian television and the local audience. Frode Urkedal has already beaten one mighty 'chuk, Ivanchuk – can he defeat another, Grischuk?

Magnus Carlsen will also be in action against Turkey’s Dragan Solak, in a match the Norwegian first team are favourites to win. Other games to watch include Francisco Vallejo (Spain) – Alexei Shirov (Latvia) and Julio Granda (Peru) – Le Quang Liem (Vietnam).

Can the Russian women maintain a perfect score? 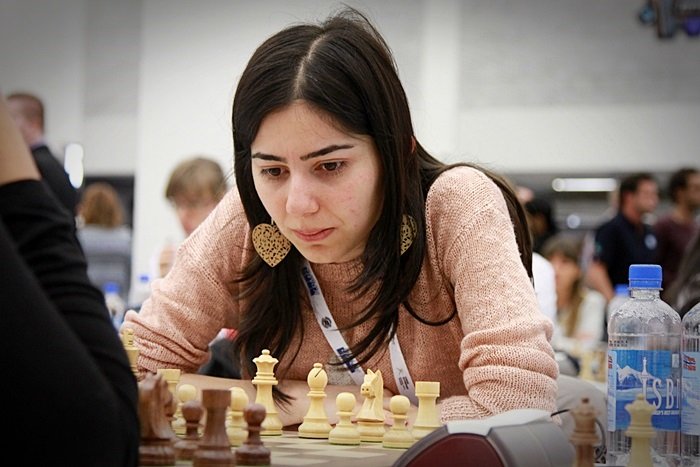 They nearly missed the event, but Russia and their new leader Kateryna Lagno are on course to win a third Olympiad in a row. They lead China by a full two points and outrate today's opponents Armenia by 50 points+ on every board. China similarly outrate France, but neither match is as much a foregone conclusion as ratings would suggest.

Perhaps the day’s best contest will be between 5th seeds India and 3rd seeds Ukraine. Harika Dronavalli takes on Anna Muzychuk on top board, while Tania Sachdev takes on Anna’s sister Mariya on board two (see our interview with Tania here). 12th seeds Germany vs. 13th seeds Hungary is another closely matched contest, with Elisabeth Paehtz-Hoang Thanh Trang on top board.

Breaking news: Perhaps we can announce the result of the election already so everyone can concentrate on the chess!

The first link below has the full pairings for the day's play, with handy clickable flags so you can find your own team.