Russian pranksters who called Jens Stoltenberg in early February, one of them introducing himself as Ukraine's President Petro Poroshenko, did indeed reach the NATO Secretary General, Life.ru reported, citing US experts.

After Life.ru initially published the conversation, NATO accused them of disinformation, the Russian tabloid says. It then decided to contact an American investigative agency to prove the authenticity of the recording.

Life.ru gave VIP Protective Services Inc., a company that employs former agents from FBI, CIA and a number of European agencies, their recordings that featured a conversation between the pranksters and, allegedly, NATO chief Stoltenberg.

The phone talk in question happened earlier this month, when prankster Lexus, who works in tandem with another man known as Vovan, introduced himself as Poroshenko and asked the supposed Jens Stoltenberg whether Ukraine could become a NATO member within the next two years, “as advised by American partners.” 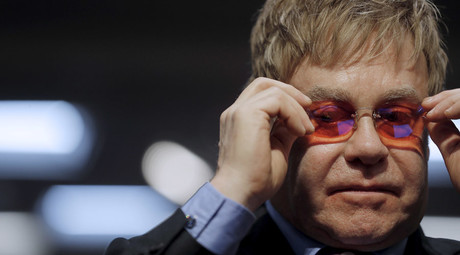 The prankster posing as the Ukrainian leader was then told that there might have been “a misunderstanding,” as to be “able to meet the standards which are required for a NATO membership,” Kiev officials “have to do more” and “focus on reform.”

The person who the prankster spoke to was indeed Stoltenberg, the US agency concluded, according to Life.ru. Having analyzed the files they received for voice identification comparison, “one known and one unknown speaker are the same speaker,” it said.

A number of features including pitch, mannerisms and even breath patterns have been used for the voice identification analysis, it added, saying that “the most precise approach” has been taken to identify if the person making comments on Ukraine's NATO membership is Stoltenberg.

The pranksters gained popularity in Russia after they managed to speak over the phone with a number of high ranking officials and celebrities. Lexus and Vovan once made Elton John believe he had spoken to President Vladimir Putin about gay rights – which later led to a Kremlin promise to meet with the British pop icon for real.

More in this category: « 'Out with Temer' Chants Light up Brazil Carnival Festivities as Thousands Sing, Dance with Political Message Polls Divided on Winner in Ecuador's Presidential Runoff Vote »