Three people have been injured in a shooting at a school in Grasse, southern France, according to the interior ministry. A 17-year-old student carrying a rifle, two handguns, and two grenades has reportedly been arrested over the incident.

The teenager opened fire with the rifle, shooting and injuring three people, according to the interior ministry.

The school's headmaster was among those injured.

Five other people are in shock following the incident at the Alexis de Tocqueville school, according to interior ministry spokesman Pierre-Henry Brandet.

"It was total panic," a student by the name of Achraf said. "The gunshots were at four to five meters from where we were. We thought the gunman was coming towards us. We heard him shouting."

"I just know the gunman by sight. He was gentle and low-key key, not a nasty guy," he continued.

@PrisonPlanet Image from scene of the shooting in Grasse, France. 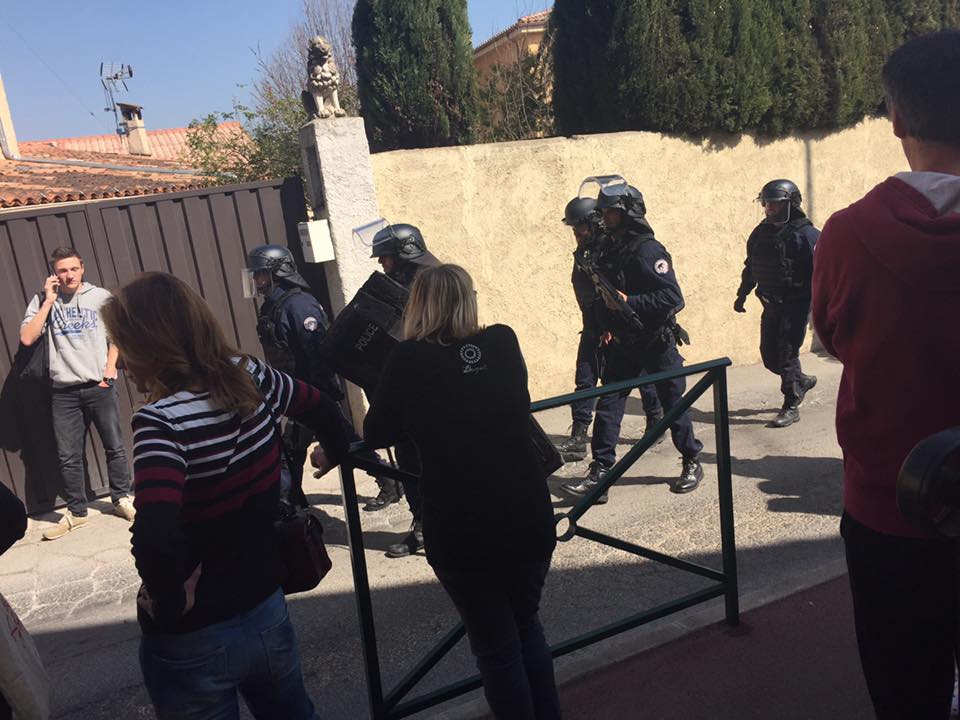 The teen reportedly carried out the attack after watching mass shooting videos.

A police source told the news outlet that the teen "does not seem to be known by police."

French newspaper Libération reported that a review of the shooter's Facebook profile found that the teen had published images of the two shooters of the 1999 Columbine High School massacre in July. 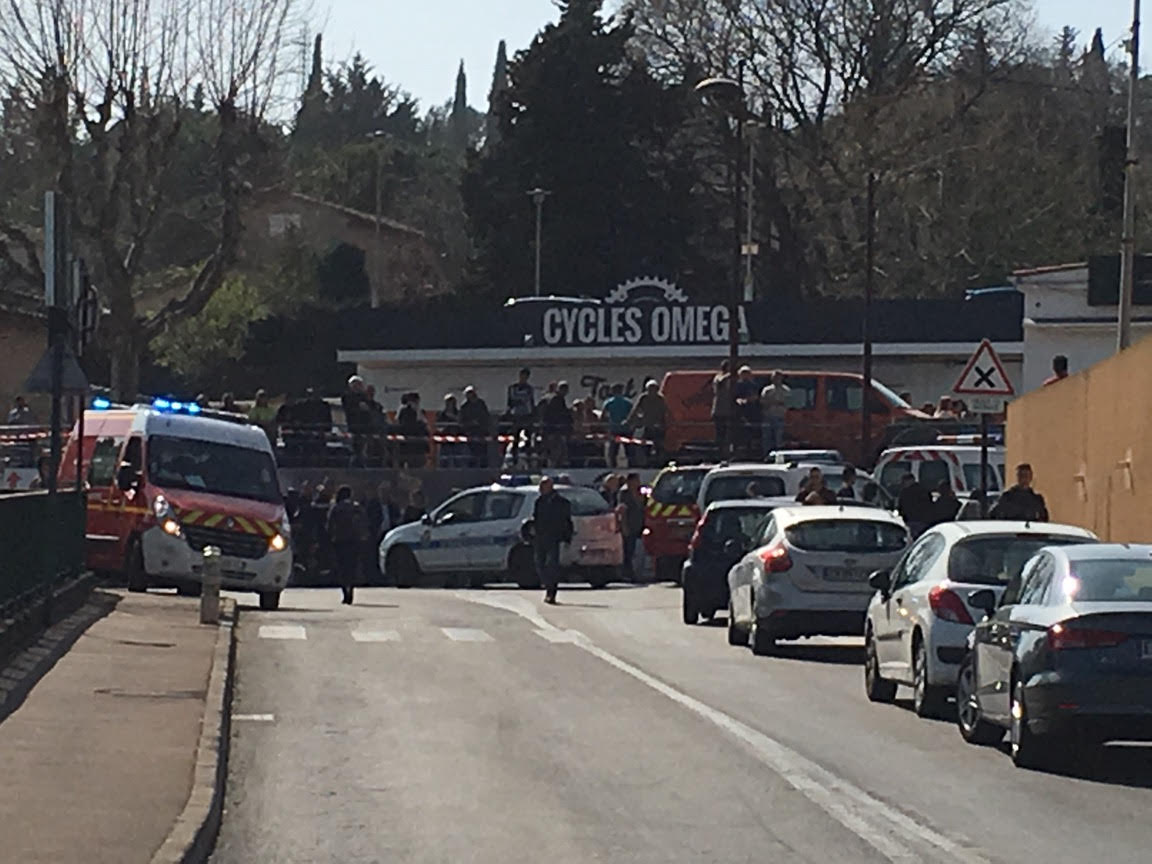 The teen's Twitter account consisted of just four tweets, one of which was a video of last year's deadly truck attack in Nice.

Libération reported that the teen is the son of a local politician.

A police official told AP that there does not appear to be any other suspects, but that authorities are working to "remove all doubt." Previous reports suggested there could have been a second suspect.

Authorities have confirmed the incident is not terrorism related.

Following the first reports on the shooting, local emergency services urged residents via Twitter to stay indoors, while the French government launched a terrorist attack warning over the Grasse incident through a telephone application.

The attack comes despite France having some of the strictest gun laws in the world. Citizens are banned from owning automatic weapons, while many other guns require government authorization and a medical exam, along with a permit from a hunting or sport shooting federation.