President Donald Trump’s executive order-based travel ban against people from six Muslim majority countries violates the US Constitution by discriminating against people on the basis of religion, Virginia's 4th US Circuit Court of Appeals said in a ruling on Thursday.

In a 9-4 decision, judges from the Richmond, Virginia-based 4th US Circuit Court of Appeals said that its examination of the executive order, along with official statements by the president and other officials were "unconstitutionally tainted with animus toward Islam." 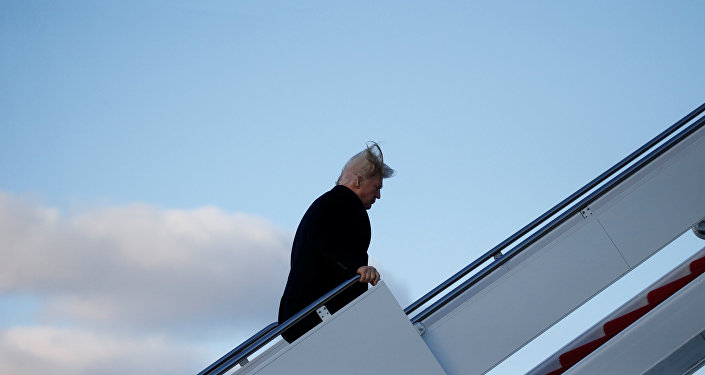 The US Supreme Court agreed to allow the executive order's restrictions to go into effect amid ongoing litigation, but is expected to hear arguments on its legality starting in April. The court is expected to rule on the matter in late June.

Presidential Proclamation 9645, signed by Trump in September, restricts entry into the US for persons from eight countries, including Chad, Iran, Libya, Syria, Yemen and Somalia, as well as North Korea and Venezuela.

In December 2017, the San Francisco-based US Court of Appeals for the Ninth Circuit ruled that President Trump's third immigration order exceeded the scope of his authority. According to the court, the president's interpretation of Article 8 of the Immigration and Nationality Act deviated from legislative history and prior executive practice, and the president did not have the constitutional powers to adopt the order.

More in this category: « Nearly half of Israelis believe police over Netanyahu regarding PM’s corruption – poll Guterres among High Dignitaries Attending the Munich Conference »