The planned chemical weapon provocation in the Syrian province of Idlib is aimed at maintaining the presence of terrorists in the area, Russian Foreign Minister Sergey Lavrov said.

The Russian FM, who met his Saudi counterpart, Adel al-Jubeir in Moscow on Wednesday, compared the terrorist presence in the province with an “abscess” that should be swiftly removed.

“Idlib is now the last remaining hotbed of the terrorists, who try to speculate on the area’s status of de-escalation zone; try using the population as a human shield and try repressing the armed groups that are ready for talks with the government,” he said.

The Minister also noted that the overall goal in Washington with regard to war-ravaged Syria, was not really helping the country, but to push for regime change. 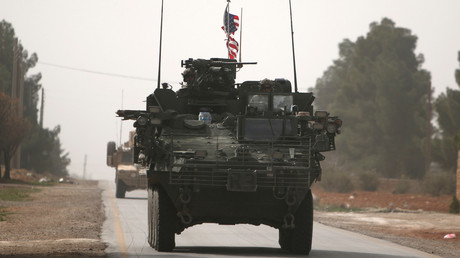 “It’s not the first time the US – no matter the administration – has prioritized the task of changing dissident regimes above the common goals of eradicating terrorism and extremism. It happened in Iraq and Libya. Now they’re trying to do the same in Syria. To phrase it more correctly – they tried to do it in Syria, but failed,” Lavrov said.

The chemical attack issue and “the threats that are put forward against the Syrian government, are used with the sole purpose of preventing the expulsion of the terrorists from the de-escalation zone in Idlib,” Lavrov said.

In this case, the Trump administration is simply following the policies of Barack Obama, under whom “the Americans tried to use all means possible to shelter Jabhat al-Nusra, with hope of using it in the fight against, what they call, the regime,” he added.

Earlier, Moscow warned that a provocation, involving chemical weapons, was being prepared in Idlib by the US, with the aim of blaming the Syrian authorities and justifying further air strikes.

On Tuesday, Russia’s Defense Ministry said that sources on the ground informed them that the chemicals to be used in the fake attack have been already delivered to terrorists in the area with the assistance of the infamous White Helmets group.

Washington cautioned that it would respond to a chemical weapons attack by Syrian authorities with retaliatory strikes, which would be a lot larger in scale than those conducted against the country by the US, the UK and France in April.

Those strikes were carried out based on an unconfirmed reports of a chemical attack, which also came from the White Helmets. The Western-backed group has been caught red-handed working with militants and producing fake evidence to smear the Syrian government and its allies.