The alleged mastermind behind the US pullout from the historic INF treaty, John Bolton will expect a wintry reception in Moscow, with only the embers of the long-forgotten Helsinki summit to warm the parties.

Washington can be commended at least on laying its cards on the table with Friday’s announcement by Donald Trump that he was considering withdrawing from the Gorbachev-Reagan 1987 agreement, which limits both sides from producing intermediate range missiles.

But the news is likely to cast a pall over Bolton’s two-day visit, during which the National Security Advisor will meet not only his Russian counterpart Nikolay Patrushev, but foreign minister Sergey Lavrov and, on Tuesday, likely Vladimir Putin himself, though the face-to-face has not been given final approval by the Kremlin. 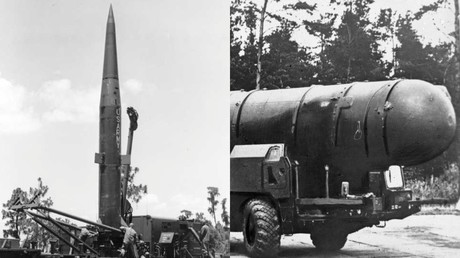 The foreign ministry has already demanded “to hear a coherent explanation” of Washington’s actions, while various senior Russian officials have called the prospect of withdrawal “blackmail”, “a landmine under the nuclear disarmament process”, and a harbinger of “complete chaos in the sphere of nuclear armaments.”

And this is not one Bolton can blame on his boss. Appointed only in March, Bolton has become arguably the most influential US foreign policy architect, and is a long-time critic of arms control treaties. According to senior staff sources who spoke to the Guardian and the Washington Post last week, he personally persuaded Trump to quit INF. Stateside reports indicate that despite Trump’s customarily hazy pronouncements, Bolton will definitively signal US intentions to leave – a six-month notice is required to leave the indefinite-term agreement - during the Russian visit.

For nearly two decades the two states have taken turns claiming the other is violating the treaty, which bars both of them from producing all land-based ballistic and cruise missiles – not just nuclear-tipped ones – with ranges between 500 and 5,500 km. The Pentagon – citing its classified intelligence –claims that Russia has developed an intermediate range missile for the Iskander-M launcher, the existence of which Moscow has never acknowledged. In turn, Russia insists that the launchers that form the US missile defense shield in eastern Europe are themselves capable of firing intermediate range missiles, and should be destroyed under the terms of the agreement.

But the likelihood is, even if Moscow somehow assures Bolton that it is perfectly compliant, Washington is not interested. INF was signed in a two-bloc world that was ending an arms race but, in the intervening years, other world powers have sprung up and developed their own intermediate missiles, while Russia and the US are the only major countries that continue to suffer restrictions. In his oblique manner, Trump hinted at this on Friday, when he said that a new agreement may be possible, but would have to include China. 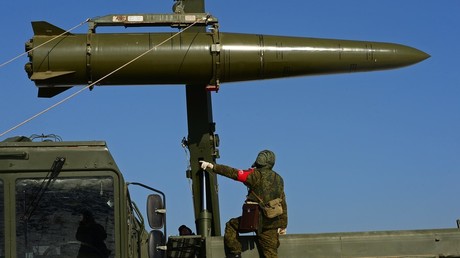 While getting all the three major powers to sign such a self-limiting document in the current conditions seems like a phantom prospect, if Bolton had come bearing a new proposal, he could have at least let all sides save face. Instead, he landed in Moscow with a unilateral decision that – like many others recently taken by Washington – leaves the Russians with little scope for a constructive counter-move.

Meanwhile, a little diplomatic smoothness from the famously straight-shooting veteran hawk would have gone a long way this week. The parties have important international issues to discuss: North Korea, where the US reportedly has no plans to drop its sanctions, Iran in the aftermath of the JCPOA withdrawal by Trump, and Syria, which remains a bloody theater of operations. As well as the fate of the nuclear control New START treaty, which expires in 2021, which neither side will likely dare to mention now. Arranging a new meeting between Putin and Trump, which many speculated had been the buried agenda of such a high-powered series of talks, now also becomes harder, as real opportunities loom during several upcoming international events.

READ MORE: As Bolton heads to Moscow, US charges another Russian with ‘election meddling’

The Helsinki summit in July between Putin and Trump may have been famously short on specifics – though Bolton name-checked it before flying overseas – it did signal a potential warming of relations that a Russian official this week described as being “in dire straits.” But with every action taken by Washington since, the goodwill has dwindled and, instead of making things better, this week both sides will simply hope to avoid aggravating the strife.