Washington: President Donald Trump on Tuesday called the British ambassador to the United States "a very stupid guy," one day after declaring he would cut contact with the diplomat following a leak of cables describing Trump as "inept."

"I don't know the Ambassador but have been told he is a pompous fool," Trump wrote in a series of early morning tweets doubling down on British envoy Kim Darroch.

"The wacky Ambassador that the U.K. foisted upon the United States is not someone we are thrilled with, a very stupid guy," Trump added.

London has been scrambling to stem the damage caused by the release of confidential cables from Darroch, which in addition to describing Trump as inept also called his White House "uniquely dysfunctional."

The US president's early morning wrath was not solely reserved for Darroch, however. Trump also doubled down in attacking British Prime Minister Theresa May regarding Brexit, saying she "went her own foolish way-was unable to get it done. A disaster!" 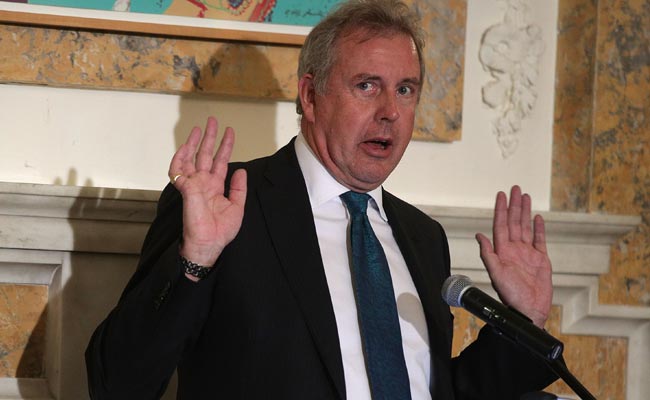 Trump said Darroch should "speak to his country, and Prime Minister May, about their failed Brexit negotiation, and not be upset with my criticism of how badly it was handled."

The release of the British cables came just a month after a state visit by Trump that included a 41-gun salute welcome at Buckingham Palace and a banquet dinner with the queen.

Trump concluded his tweets by demanding that someone tell Darroch "the USA now has the best Economy & Military anywhere in the World, by far and they are both only getting bigger, better and stronger.....Thank you, Mr. President!"

The leaked cables threaten to complicate London's efforts to strike a new trade agreement with the United States, to mitigate potential damage from Britain's withdrawal from the European Union.

May's government, meanwhile, has reiterated its "full support" for its ambassador to Washington.