All external foes will be defeated if they make moves against Iran, the Islamic Revolutionary Guard Corps (IRGC) commander warned at a massive pro-government rally amid protests over fuel price hikes.

Major General Hossein Salami addressed people in downtown Tehran on Monday. He said that the country’s rivals are “no longer capable of anything” in their attacks against the nation.

We have shown patience towards the hostile moves of America, the Zionist regime [Israel] and Saudi Arabia against the Islamic Republic of Iran... but we will destroy them if they cross our red lines.

Thousands have marched on the streets of the country’s capital and gathered on the Enqelan Square (Revolution Square). Calling themselves the ‘Supporters of the Leadership’, the demonstrators waved national flags, carried placards and chanted slogans in support for the Supreme Leader Ali Khanemei and the current government. Some were also seen burning American flags. 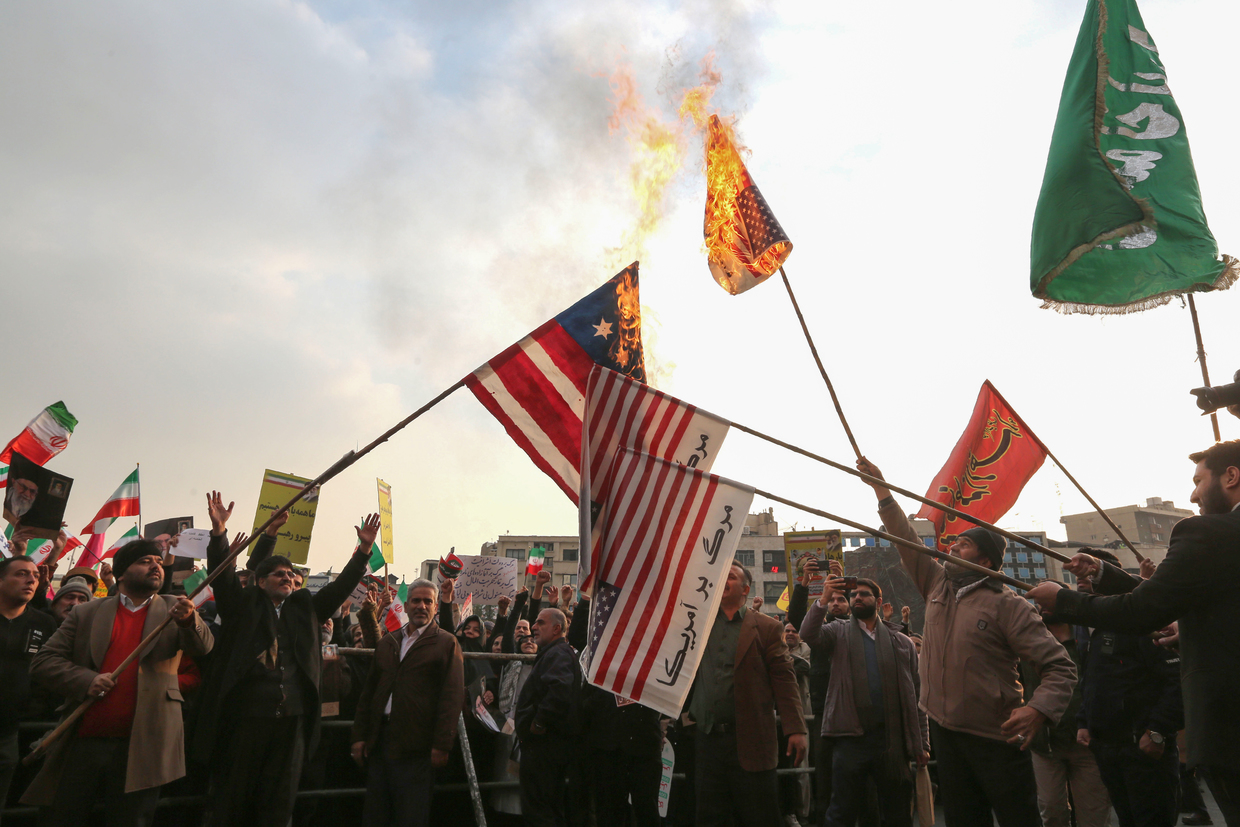 The rally is meant to denounce “anyone who wants to create insecurity in the country,” one demonstrator told the state-run IRNA news agency.

Foreign Ministry spokesperson Abbas Mousavi said that the demonstration allows the foreign states “to see who the real people in Iran are and what they are saying.”

Iran has been hit by protests in various parts of the country after the government, which is under pressure from US sanctions, began to ration fuel and approved a hike on fuel prices, in hope that the additional revenue could be used for subsidies to poor families.

Amid peaceful demonstrations, some angry mobs also torched banks and department stores, as well as attacked police stations, killing several officers. The authorities said that there were dead and injured among the protesters as well.

Tehran claimed that “anarchists” and US-backed “mercenaries” were behind the rioting. US Secretary of State Mike Pompeo voiced his support for the anti-government protesters. Rallies in solidarity with them were held in several North American and European cities.