On November 11, 2019, following the violent, racist, U.S.-led coup in Bolivia against Evo Morales — which was supported from the outset by Canada’s Justin Trudeau government —  I posted an appeal (in English, French, and Spanish) on YouTube denouncing the green light given by Trudeau on October 29 to Donald Trump’s plan. Just a few hours after the coup was consummated, Trudeau declared his support for it.

What right does Canada have to elect the government of Bolivia, to intervene in that country’s internal affairs?

The YouTube appeal was especially directed at New Democratic Party (NDP) MPs, who were elected with the support of the trade unions. “I’m appealing to the unions and the workers of Canada to put pressure on the NDP to take a stand against the Trudeau government, which is supporting this racist attack against Evo Morales.” 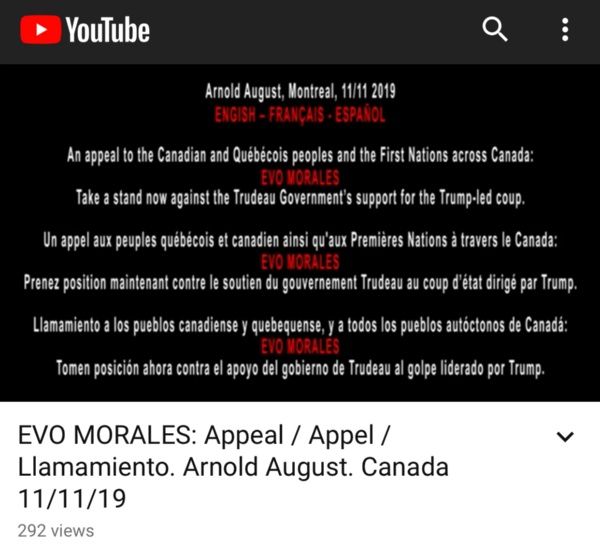 The appeal was also directed at the Bloc Québécois, which won more Quebec seats in Canada’s Parliament then Trudeau’s own Liberal Party.

“We the people of Quebec and Canada, along with our Indigenous brothers and sisters in Canada cannot turn our back on the Indigenous people of Bolivia. Especially when some in Bolivia are burning the Wiphala flag, which is not only the symbol of the original peoples of Bolivia but the emblem of the whole region.” 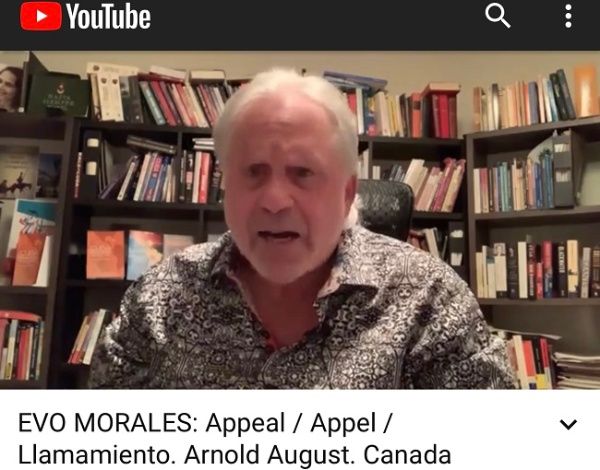 “How would we feel if somebody somewhere decided to burn the Quebec or the Canadian flag? We must defend the people of Bolivia and take a strong position against Justin Trudeau’s interventionist, pro-imperialist policy,” I concluded.

Further to these and other appeals and comments on the social networks, responses started coming in. The first one of note appeared on the Facebook page of Natalia d’Agnese, an activist with Quebec’s left-wing Québec Solidaire party. She wrote: “Totally agree. The Canadian government is supporting a coup by a far-right, evangelistic, racist component of the opposition. Some Latin American countries have begun taking positions, including Mexico, Uruguay, the Argentine senate and its new president, and others.” 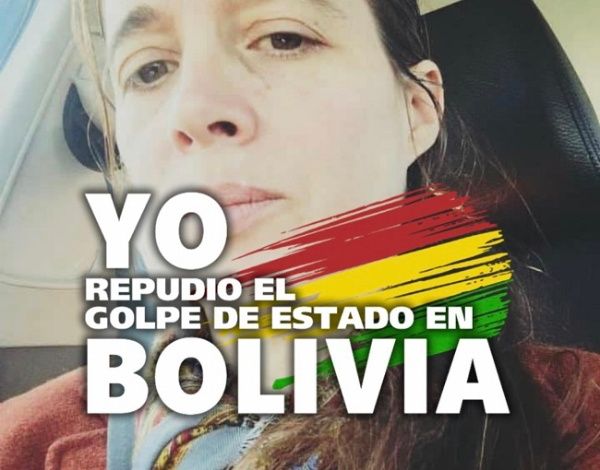 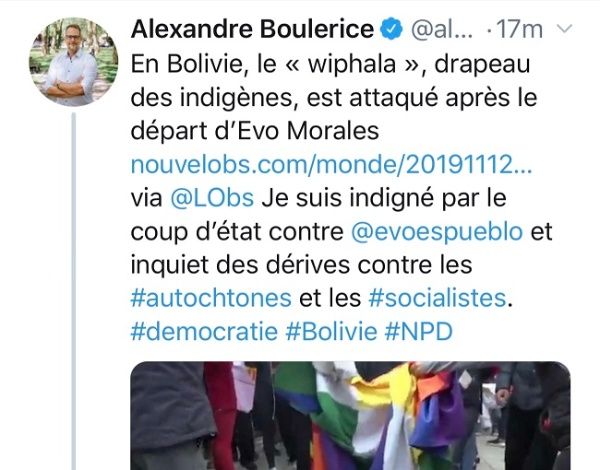 The Durham Region Labour Council (@DurhamRegionLC), representing the members of many affiliated unions of this Ontario city, announced: “We will be submitting an emergency resolution to be discussed at the @OFLabour convention in a few weeks to denounce @cafreeland's support of a coup in Bolivia. #ElMundoConEvo #GolpeDeEstadoBolivia” 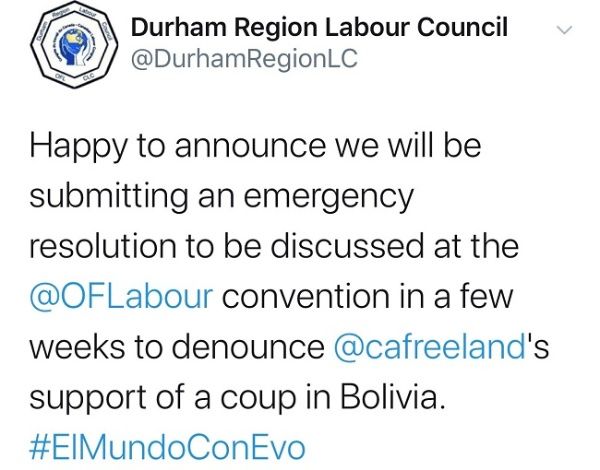 Canada’s largest union, the Canadian Union of Public Employees (CUPE), with over 680,000 members throughout the country, published a statement of its “concern about the developing situation in Bolivia, which has led to a coup.

“CUPE calls on the Government of Canada to recognize and respect the sovereignty of the Bolivian people to determine their own political future, without military or foreign interference. We further call on the Liberals to stop taking their foreign policy cues from some of the world’s most right-wing governments. 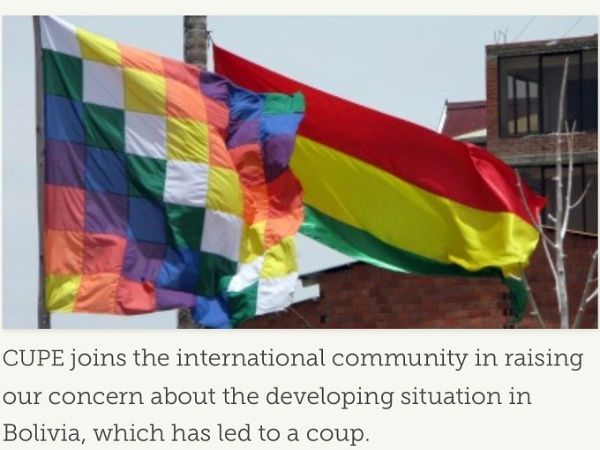 “We extend our solidarity and support to the Bolivian people who will be most affected by the social or economic instability that accompanies this attack on their democratic rights.”

The situation concerning this Latin American country is developing minute by minute. It is too early to draw conclusions; however, the initial reaction proves what has been stated in previous articles about Latin America: that a large majority of Canadians oppose US imperialism and its allies.

More in this category: « Evo Morales says the Bolivian people will prevail against U.S. and Israeli-backed coup China suspends review of visits by American warships & sanctions NGOs in response to US signing of Hong Kong bill »