With roads melting right before your eyes, the heat has become lethal in India, killing at least 1,412 people in May. After temperatures reached new benchmarks, rising to 47C, doctors were forced to postpone vacations to cope with sufferers.

India's two southern states, Andhra Pradesh and nearby Telangana, are the worst affected areas. The heat has raged for over a week and the death toll there is said to be more than double the toll from last year's heat wave. In Andhra Pradesh alone, it has reached 1,020, officials said, according to the Hindustan Times. 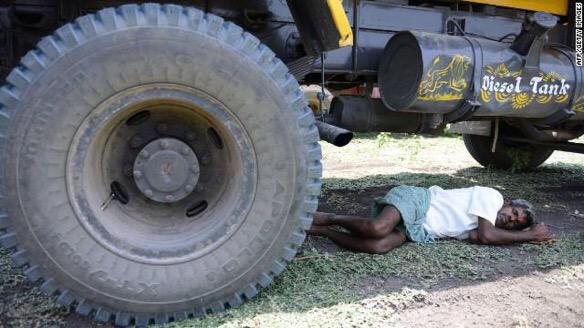 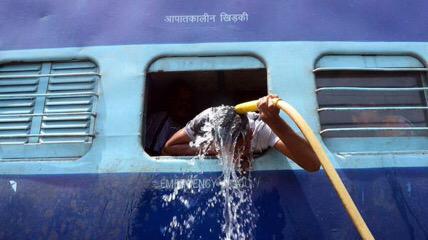 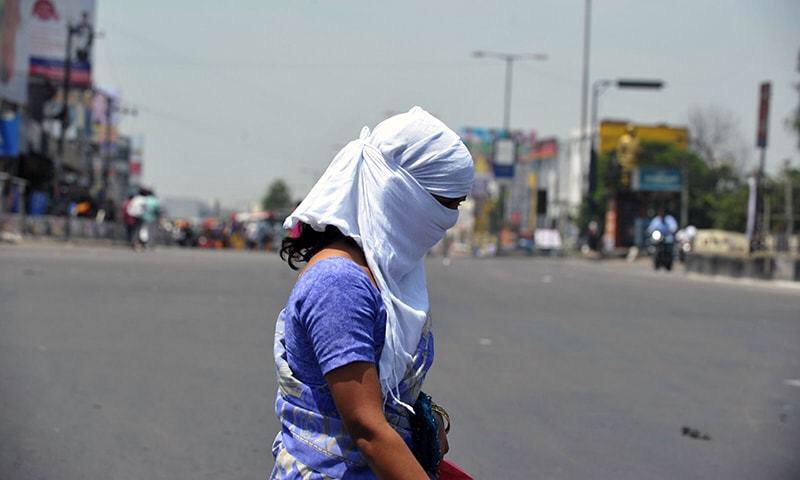 Very few can afford to stay at home, however. The elderly and the poor, many of whom live in slums with no access to air conditioning, are among the most vulnerable.

"I get headaches, fever sometimes. But (if I stay indoors) how will I make money?" Akhlaq, 28, a scrap collector in Delhi, where temperatures touched 45 Celsius on Tuesday, told Reuters.

Hot, dry winds have swept across the capital and most parts of north and central India. City residents have been desperate to buy iced water and cold fruit. Across the country, many flock to rivers to cool off. 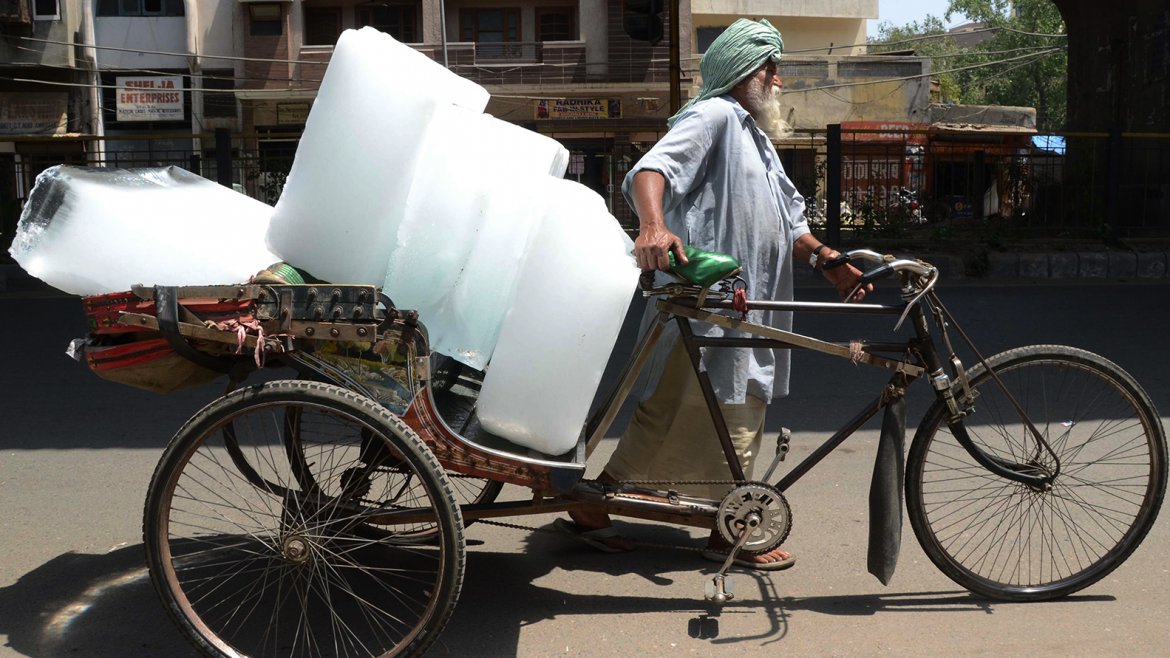 "With so many people dying due to the heat, we are locking the children inside," a teacher in Khammam, which registered its highest temperature in 67 years on Saturday when the thermometer hit 48 degrees Celsius, told AP.

Working outside has become life threatening. "Either we have to work, putting our lives under threat, or we go without food," one farmer in the badly hit Nalgonda district of southern Andhra Pradesh state said. "But we stop work when it becomes unbearable."

However, in the city of Nizamabad, some 150 kilometers north of the state capital of Hyderabad, construction workers are doing their job “whatever the weather”.

"If I don't work due to the heat, how will my family survive?" Mahalakshmi, who earns a daily wage of about $3.10, told AP.

May and June are usually the two hottest months in India, with temperatures easily soaring to 40 Celsius and higher. But according to meteorologists, the number of days when temperatures hit 45 Celsius has increased in the past 15 years.

The residents of Hathibarkala, Salawala and Chandralok colonies staged a protest saying they had been facing acute water shortages for the past two weeks and had been forced to depend on water tankers, for which they had to shell out huge amounts of money, the Times of India reported.

"One water tanker costs between Rs 250 to 400 and the quality of water is bad," Naresh Gupta, a Chandralok colony resident, told the paper.

On Monday, women in the Indira colony protested in front of the water works department near Dilaram Chowk. "Our locality has been facing problems with water supply for a month. The supply comes for less than an hour a day and even then the pressure is very low, " Kusum Semwal, an Indira colony resident, said, adding that although residents have complained numerous times, the problem is still there.

Meteorologists say the scorching spell of weather is most likely to continue for at least another week, with soothing monsoon rains expected to arrive in the southern state of Kerala in the first week of June.

More in this category: « IS Executes 20 Men in Palmyra’s Roman Amphitheater Putin: FIFA-linked arrests are US attempt to thwart Blatter re-election »