US Secretary of State John Kerry is in Russia at the request of the White House, with ending the Syrian conflict and countering terrorism dominating the agenda. The top US diplomat is also to hold a meeting with Vladimir Putin in the Kremlin.

“The world benefits when powerful nations with a long history with each other have the ability to be able to find the common ground. Today, I hope, we can find some common ground,” Kerry said in Moscow ahead of a meeting with Russian Foreign Minister Sergey Lavrov. The US diplomat also said Russia is a significant contributor in the Syria talks.

The meeting between Foreign Minister Lavrov and Secretary Kerry is their 20th in 2015 and marks Kerry’s second trip to Russia in the last seven months.

“Russia and the United States agree that Islamic State is a threat to everybody, to every country, that there is no negotiation [with ISIS],” Kerry said.

The Russian Foreign Ministry says the visit of the US Secretary of State has been organized at the urgent request of the White House.

Former US diplomat Jim Jatras told RT that there is a rising awareness in the West of the need to talk to Moscow.

“There has been some moderate change in the tone [of the West]. It is a little less insulting, a little less hostile, and it reflects the degree to which the so-called ‘isolation’ of Russia simply has not worked,” Jatras said, recalling how everybody wanted to talk to the Russian leader at the recent G20 meeting in Antalya, Turkey.

The Syrian conflict is no doubt going to dominate these talks. Russia’s Deputy Foreign Minister Sergey Ryabkov told journalists that “The principal question now is agreeing a [common] list of terrorist organizations.”

Once the list is formed, further steps could be taken in accordance with the Vienna decisions of a group of states that is wider than the US-led anti-terrorist coalition, Ryabkov said.

The outcome of the Lavrov-Kerry talks is hard to predict, Ryabkov said. 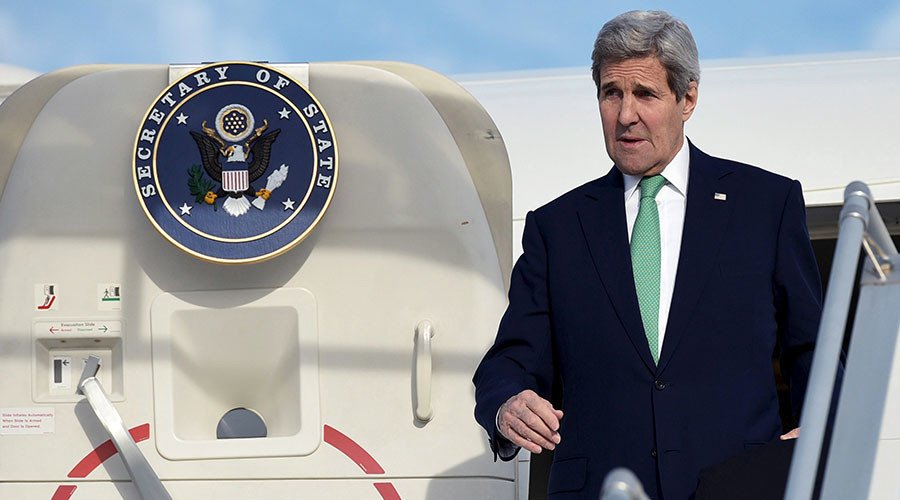 “The perspectives [for the talks] are hard to predict because the situation is constantly changing; It’s no exaggeration to say that every day brings new events and decisions that influence those perspectives,” Ryabkov said.

Washington’s attempts to present high-profile talks between Lavrov and Kerry as containment of Russia were met with a negative reaction in Moscow.

“We’re aggrieved that Washington presents such contacts within the concept of ‘isolation’ of Russia,” Ryabkov said, adding that although this trend might mean a lot for the Obama administration, “the reality testifies to the contrary.”

Moscow believes such signals “impede normal dialogue and reaching agreements both Russia and the US are looking for.”

Yet, much as US policymakers would like Putin to be a pariah, the Russian president has instead become a “sought-after essential partner, including for a lot of American allies,” according to Jatras.

Still, despite the awareness that the US needs to talk to the Russians, Washington unfortunately still does not know what talks with Moscow should be about, and what should be agreed upon, Jatras said.