A cessation of hostilities in the Syrian city of Aleppo will be announced in the coming hours, Russian Foreign Minister Sergey Lavrov said on Tuesday after talks with UN Syria envoy Staffan de Mistura.

Lavrov added that the US and Russian militaries are currently holding talks on the Aleppo ceasefire.
“I hope that in the coming hours such an agreement will be announced,” the minister said after the meeting in Moscow.

According to UN special envoy Staffan de Mistura, the stalled Syria peace talks could be resumed if an Aleppo ceasefire is agreed. He added that there is now a possibility to relaunch the ceasefire by extending local truces. 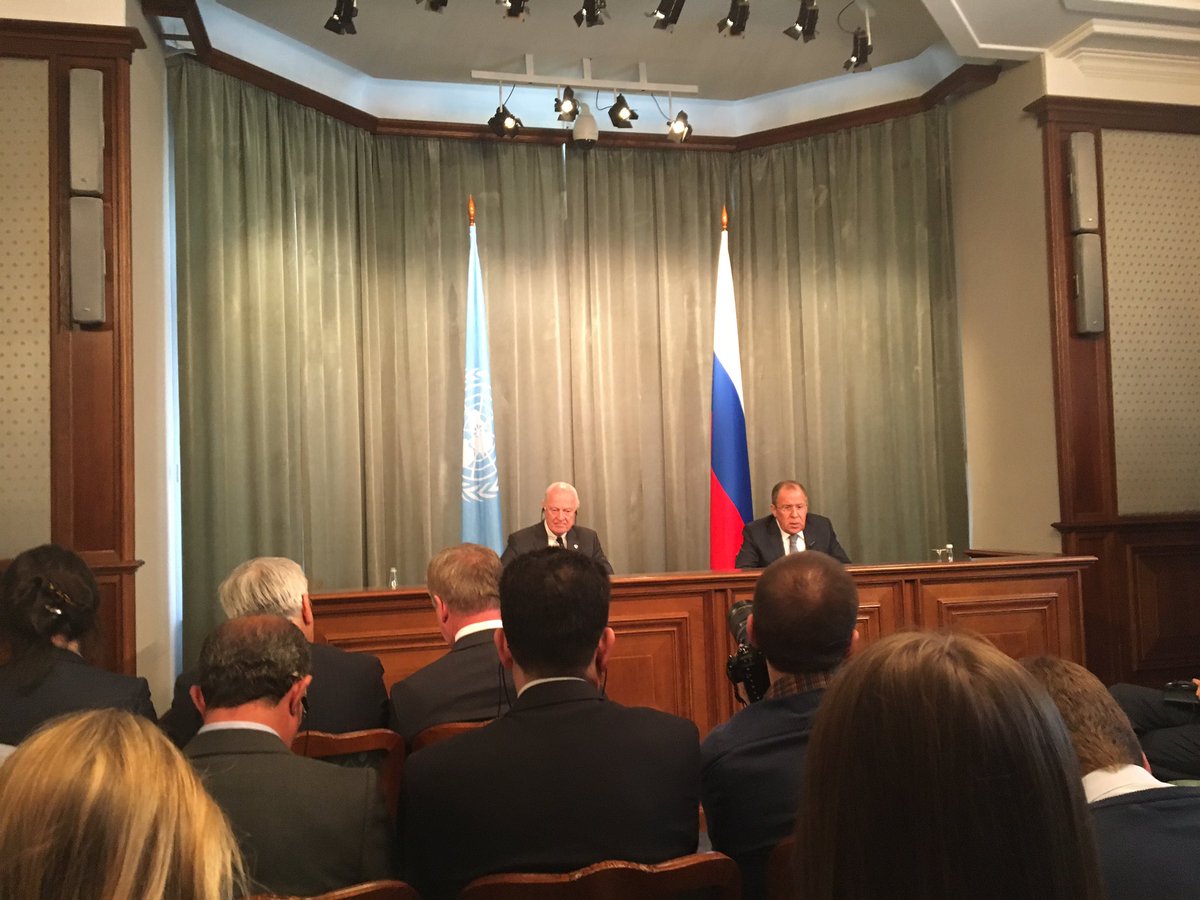 Lavrov also announced the creation of a new Russian-US monitoring center in Geneva, Switzerland, which will oversee ceasefire violations in Syria.

“We are grateful to the UN for its help in solving logistical issues on the creation of this center in Geneva where the militaries of the two countries will discuss face-to-face specific developments on the ground,” he said.

Moscow is also urging Washington to distinguish between extremists and the Syrian opposition, Lavrov added.

“To make the ceasefire work and make it inclusive, our partners must do everything possible to remove the moderate opposition, which relies on foreign support, from the positions occupied by the terrorists.”

Lavrov also called for an extended ceasefire in Syria. “Of course, there are separate groups who would like to undermine the cessation of hostilities, to provoke an escalation [of the crisis]. We can’t let them do it,” he said.

Lavrov also warned against any calls for a ground operation in Syria.

“Russia is concerned, and not just us alone, about Turkey's shelling of the Syrian territory, continued creation of certain security zones in Syria, not to mention the increasing calls for a ground operation.”

Moscow is convinced “that such calls come from those who are not interested in the real political settlement [of Syrian crisis] and who rely on a military solution.”

“We are convinced that this is the way to a catastrophic situation, and such appeals should be stopped,” Lavrov said.

In April, the Geneva peace talks were gridlocked after the Saudi-backed Syrian opposition withdrew from the negotiations, citing the deteriorating situation in Aleppo.

Acknowledging the increasingly shaky state of the ceasefire in Syria, de Mistura then expressed hope that Russia and the US could breathe new impetus into the process, halting the fighting on the ground and solidifying the political transition process.

On Monday, the Free Syrian Army refused to recognize partial ceasefires or local lulls in violence, claiming that if the UN-backed truce was not implemented in full, the group would reserve its right to withdraw from the Geneva talks and respond to any attacks.